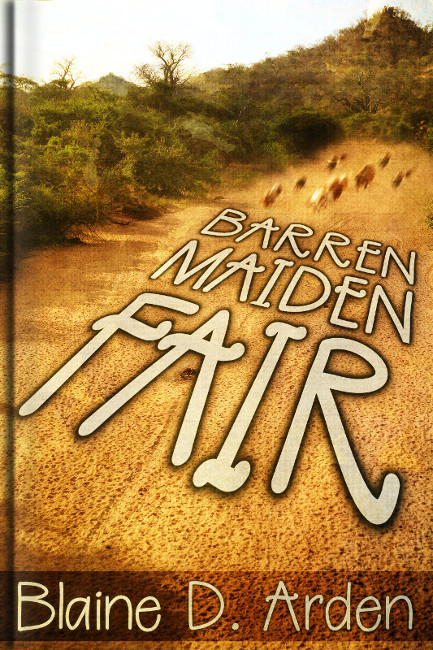 Dust clouds rose from the dried-up river as the warthogs thundered towards them. Sitting above the finish, Rif's heart raced, and she grabbed at her skirts with shaking hands. She didn't belong among the other does—all younger by far—whose favour the warthog-riding bucks were vying for. But Sah had chosen to ride for her, so here she was.

Behind her, Tusk whispered, "Who'd want that barren, frigid maiden?"

Rif cringed at his vicious words. He had, once, but he hadn't understood Rif and had tried to put his sweaty hands on her penis. She still remembered his shocked expression as she'd pushed him off and refused him.

If touch was what Sah wanted, this would only lead to disappointment. Yet, Rif couldn't keep her eyes from the giant hogs coming towards them, couldn't stop thinking about Sah's wise eyes and gentle smile as he told of his adventures, and hoped...for understanding.

He was a stocky trader with rough, tanned skin, and younger by quite some cycles, but he had seen places Rif could only dream of. Marrying him would make her dreams come true, but at what price?

Her throat closed up and her hands trembled as the warthogs—some riderless—finally stopped below them. Covered in dust, his blue eyes twinkling in the sun, Sah climbed the rope and pulled himself onto the bridge. Rif couldn't help but brace herself. But he didn't try to grab or kiss like others would. Instead, he simply sat next to her—his shoulder barely touching hers—and caressed her cheek.

She wanted him to do that again. "Why me?"

"Because you should be treasured, and we want the same." Sah held out his hand. "Be my companion, fair Rif, and let me show you the world."